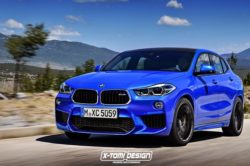 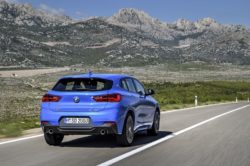 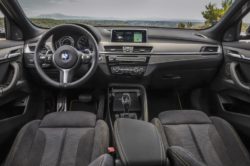 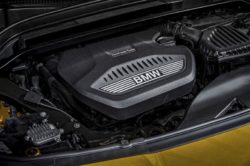 M, AMG, and RS meticulously observe each other. Usually, any new offer by one of those is swiftly matched by others, easily presentable in the case of RS Q3. Audi’s “pocket rocket” debuted in 2013 (although not arrived in the US yet) and no more than year later Merc revealed GLA 45 AMG, or now called AMG GLA 45 if you are into constant Stuttgart moniker shenanigans. It is 2017 now, and we are still waiting for Beemer’s reply? Maybe 2022 BMW X2 M could be it?

First of all, BMW never hinted that X2 M could happen, no worthy rumors yet, no test mules caught by camera lenses, no nothing. Also, 2022 model year is chosen as a guess, giving that if Munich decides today to produce something in that manner, it could hardly arrive before the very end of 2018, leaving 2019 much better sounding. But putting all that aside, Mercedes just offered AMG GLC 63, leaving Audi in hurry to offer RS Q5 for the first time, and same applies to BMW and upcoming first X3 coated in full M flavor. So, it would be natural for Beemer to spread the same M spice to the lower shelf of compact CUV segment, right? Ok then, let’s see what could 2022 BMW X2 M possibly bring to the game, apart from probably hefty $50k price tag.

X2 is in M Sport trim already a feisty looking thing and it would suit an M badge much better than not that much dynamically shaped X1.

It already has aggressively shaped front intakes that are also meshed, so M could possibly enlarge side ones improving menacing part even more. At the back, it already features double exhaust tips, so “tricolor” badge could double the number ending with quad setup, encircled with a more terrifying diffuser.

Interior could benefit from sporty seats, special steering wheel, and sportier veneers compared to the regular version, while according to newest M5, the unique shape of the gear lever and tastefully arranged red inserts and buttons are also on the M’s menu.

This one is hard to answer and we will tell you why. At this moment, BMW uses its glorious turbocharged 3.0-liter inline-six to propel 335 hp M140i and M240i or 365 hp strong M2 model. The glorious idea of stuffing six-cylinder engine under the hood of a compact car is dying out and Munich is our last beacon, for now. Heartbreakingly, new 1 and 2 Series will switch to UKL platform soon, and that’s the one that underpins X1/X2 deal. And the same one which doesn’t leave enough space for six cylinders laying down in a straight line, meaning that Beemer could produce a V6 or resort to two cylinders less.

Giving that Munich never had an affinity toward leaning and inter-crossing engine cylinders, heavily turbocharged L4 is probably only viable guess. Fine, bitterly said (!), but it would have to pump out more than 380 hp in order to avoid blushing next to AMG GLA 45 and RS Q3. Currently employed within brand’s lineup 2.0-liter turbo L4 boost, in best case scenario, 258 hp when found under the hood of 730i model (not available in the US), so Germans will have a lot of work to do if they plan to offer X2 M in the first place.