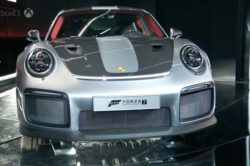 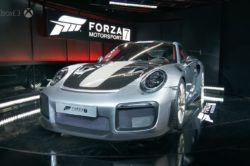 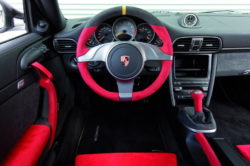 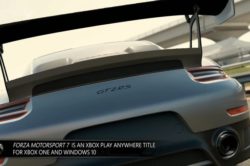 A few days ago the all new 2018 Porsche 911 GT2 RS has been revealed at E3 alongside the newest Forza Xbox game. The car is set to become the fastest 911 to date but just like its predecessor, it also marks the end of a generation. So far Porsche did not reveal that much information about the car but there are some interesting facts about it. For starters, just like with their other limited edition cars, the GT2 RS will be first sold to original 918 buyers.

So far it seems that only 50 units will be sold in the United States which likely means they will build less than 500 units in total. The car’s price is unknown but it is good to know that its predecessor started at $173,000. Because of that we can easily expect people to take advantage of its limited numbers. In fact not too long ago someone posted they are willing to sell their unreleased GT2 for $160,000 over the sticker price.

Just like with the GT3 RS, the GT2 RS is going to be a rear wheel drive track-focused 911. However, while the GT3 gets a naturally aspirated engine, the GT2 will come equipped with a twin-turbocharged powertrain. On top of that the car will get a much more aggressive aerodynamic package as well as a different running gear. The end result should become the fastest car in Porsche’s roster, the exception being their 918 hyper-car. 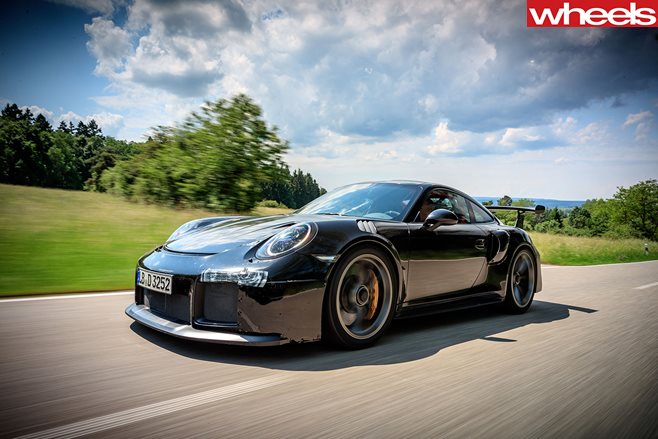 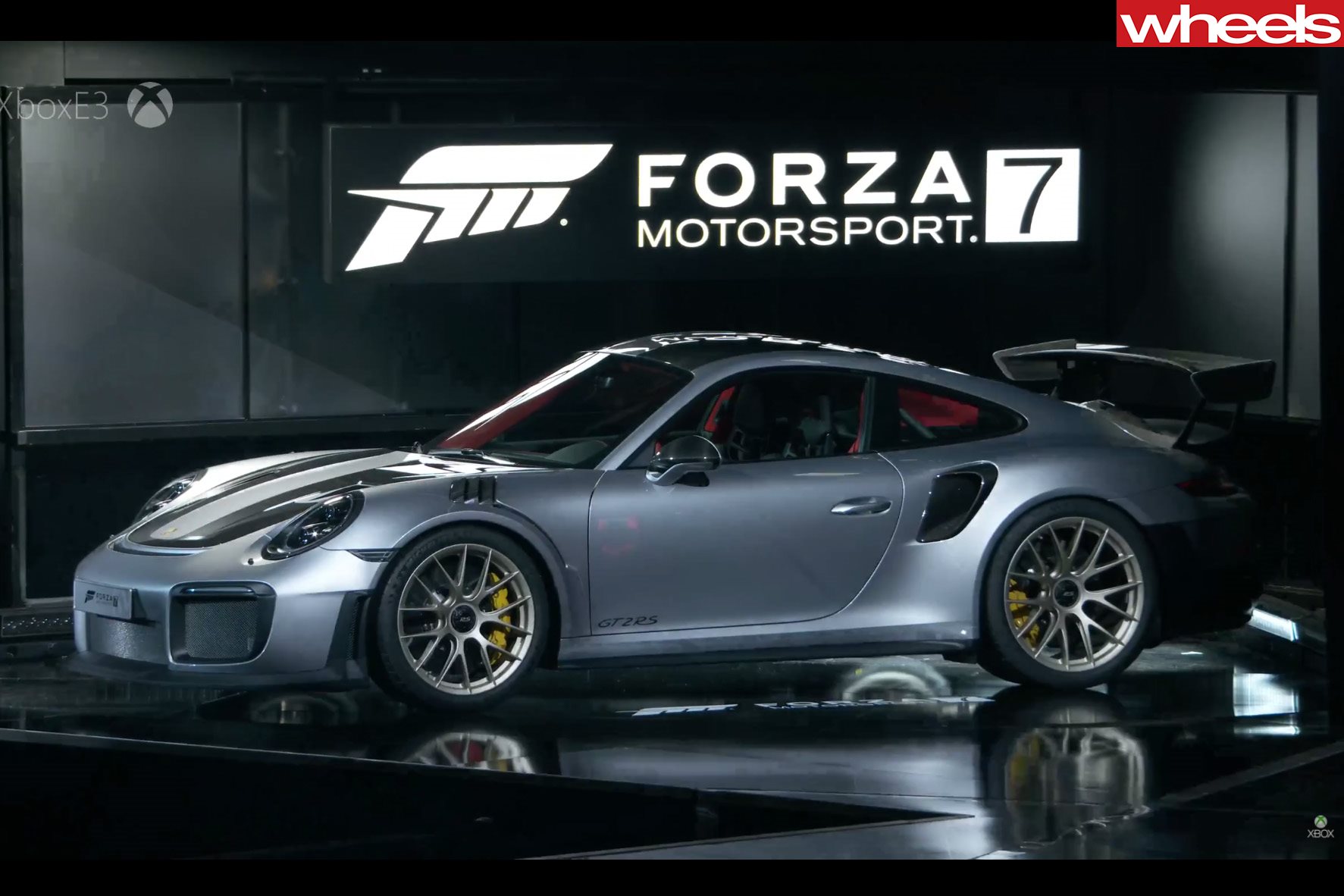 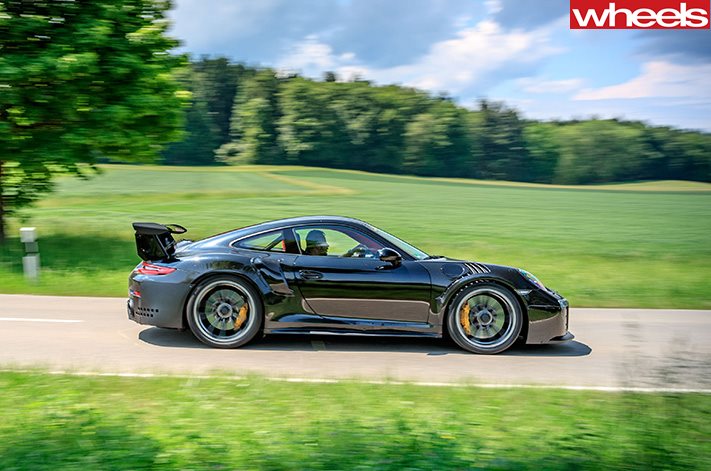 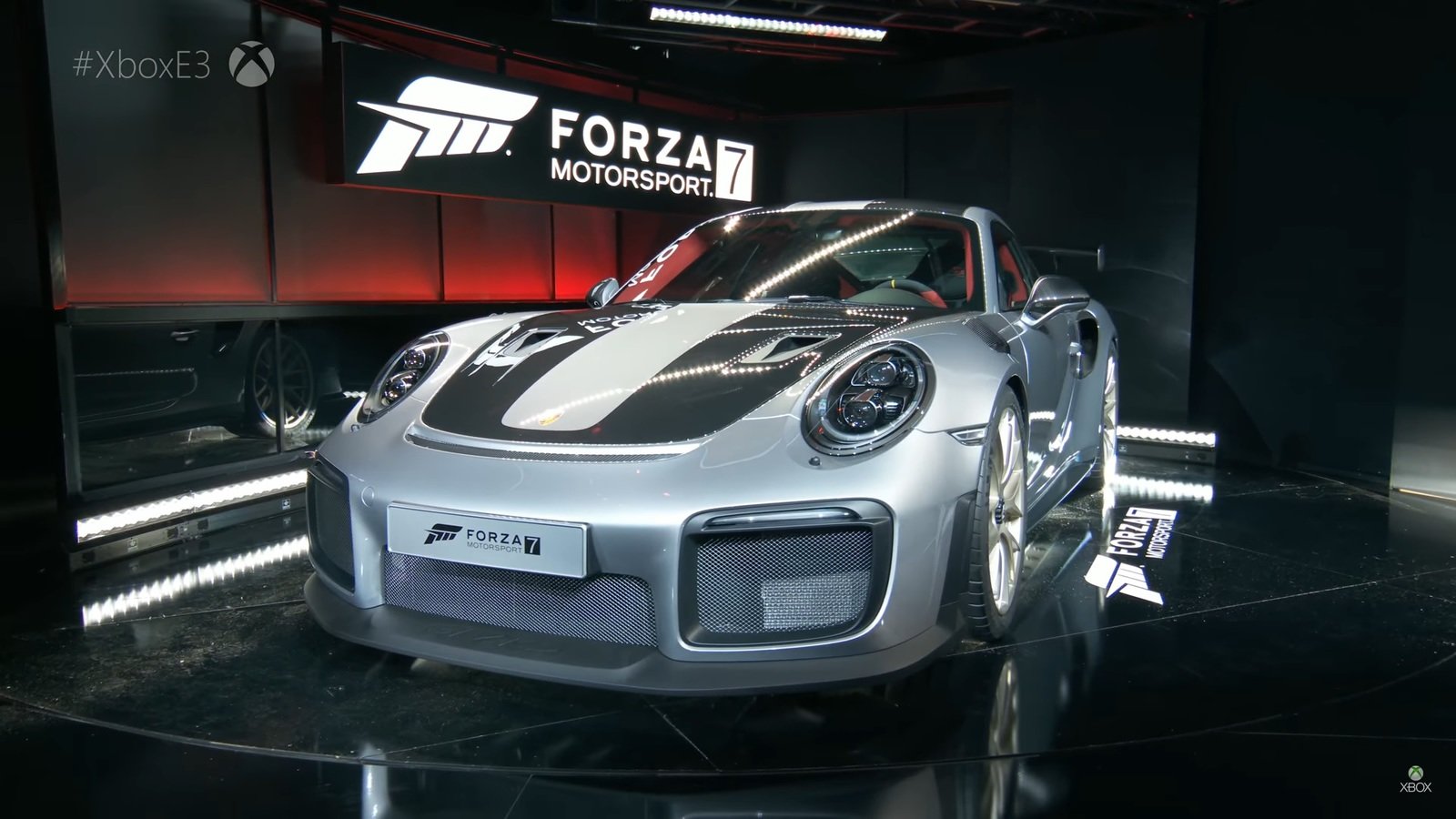 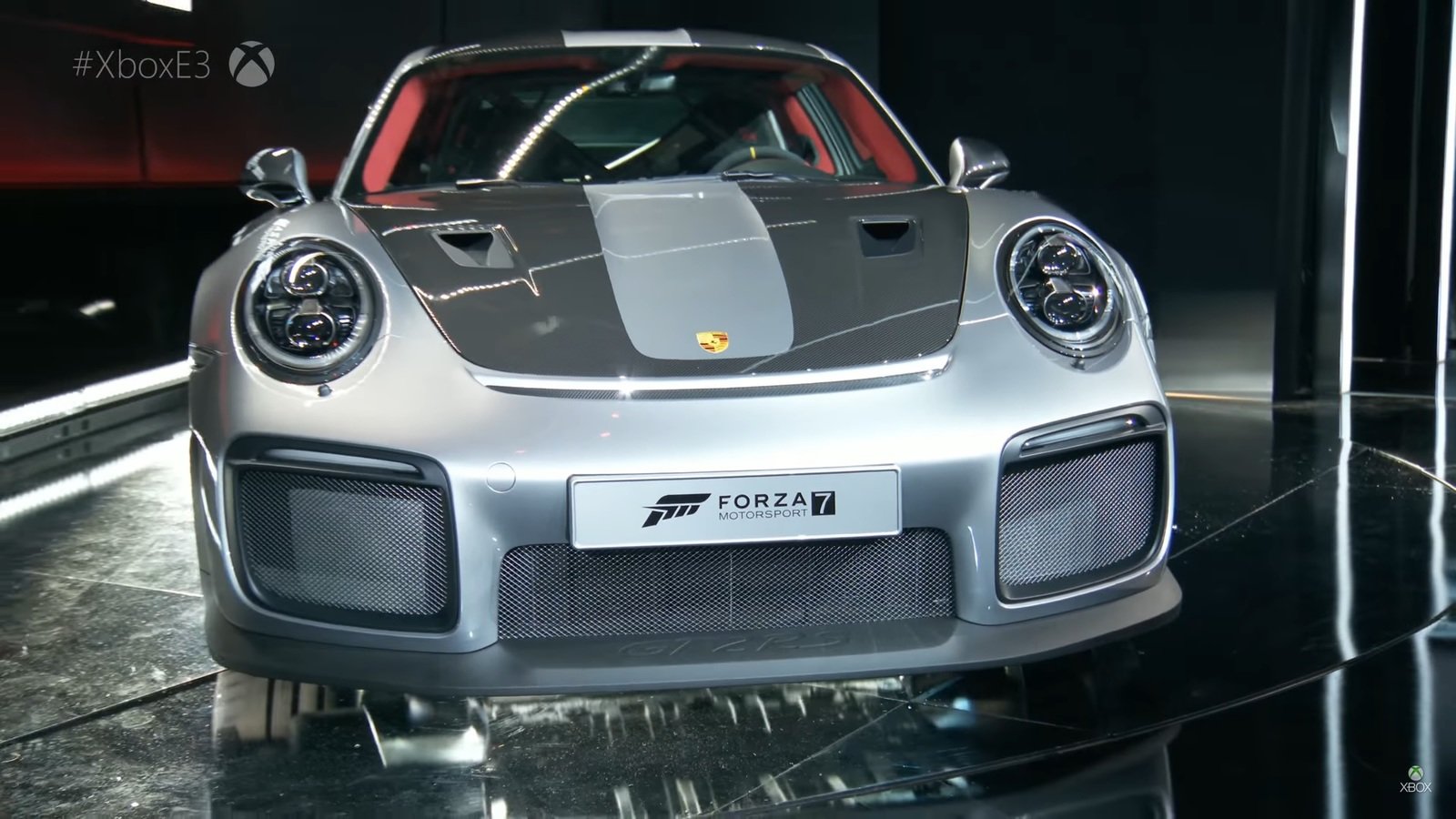 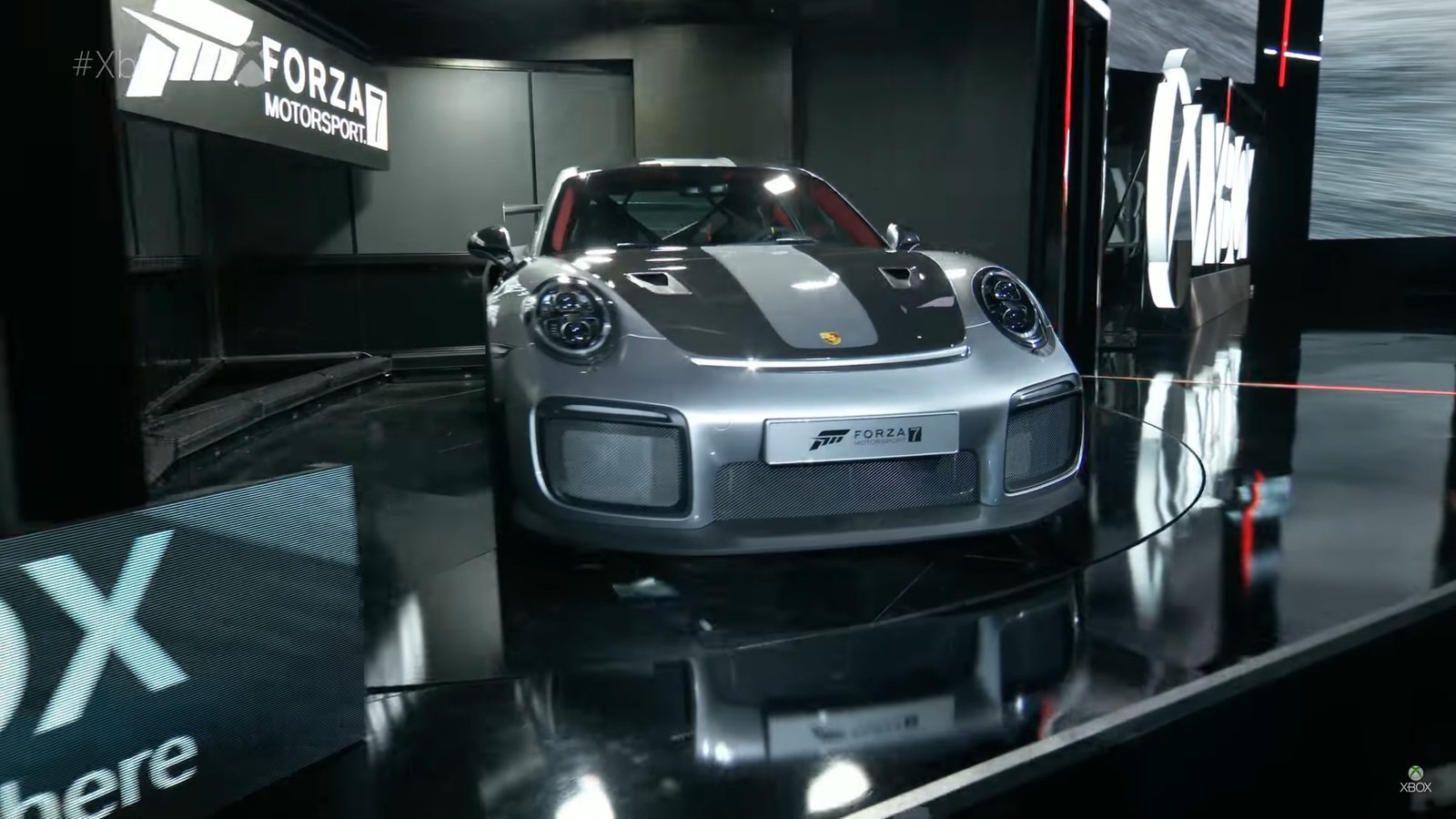 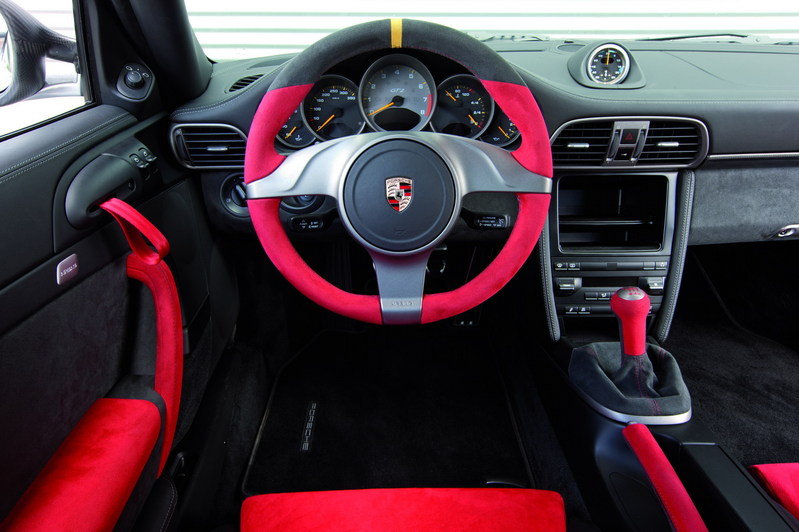 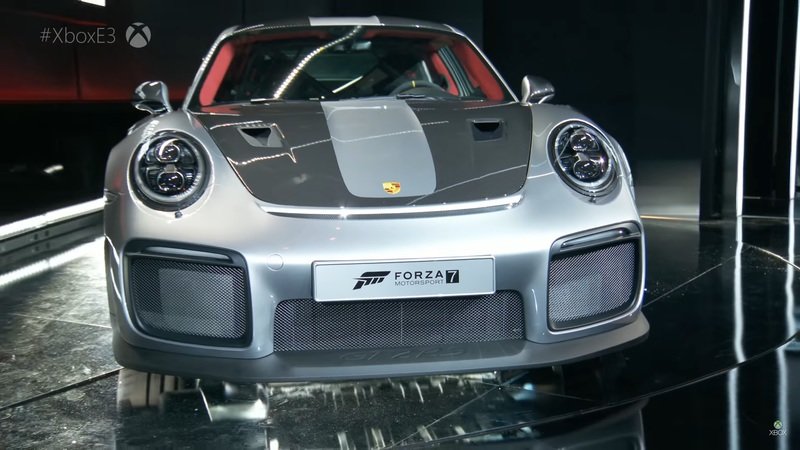 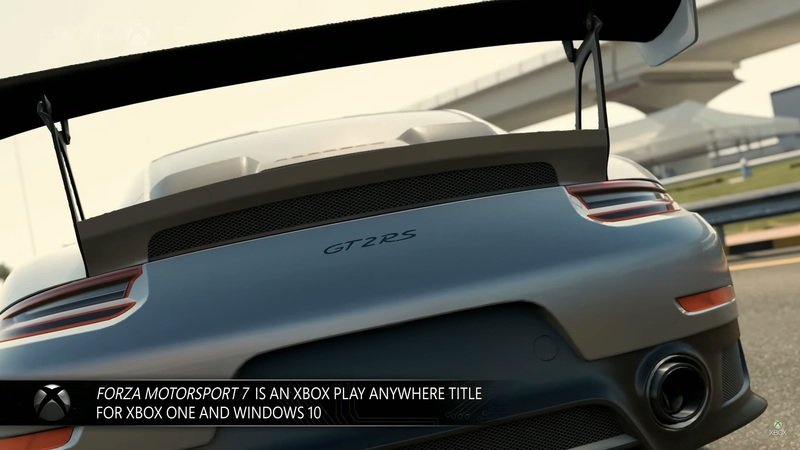 Even though the car isn’t available yet, the 2018 Porsche 911 GT2 RS has been fully unveiled. Thanks to that we can take a really good look at its design. The car is clearly based on the GT3 RS as it has the same fender-vents and air-intakes on the rear three-quarter panels as the lesser model. However, the GT2 gets a much more aggressive front end with considerably larger mesh air intakes.

On top of that the car sports a massive splitter as well as carbon fiber surrounds for those intakes. The rear seems to boast a massive diffuser flanked by two large exhaust tips. A fixed wing is in place on top of the rear engine lid and on top of that it seems the car may feature an extra air intake on the rear engine cover which is unusual. The wheels definitely seem larger than on the GT3 likely due to the car’s larger carbon-ceramic brakes.

So far the car’s cabin hasn’t been shown. Despite that it is safe to assume it won’t be much different than the GT3. Expect it to get similar seats, steering wheel and instrument cluster.

However, it will likely receive a different upholstery and possibly a standard roll-cage instead of the usual rear seats.

The most important part of the 2018 Porsche 911 GT2 RS is its engine. The car features the same 3.8 liter twin-turbocharged flat-six powertrain as the regular Turbo or Turbo S models. However, in GT2 tradition, the engine is more than likely modified. So far Porsche hasn’t revealed the exact numbers but it is safe to assume the GT2 boasts right around 700 horsepower.

These will be send to the rear wheels, instead of the usual all wheel drive setup, via a PDK dual-clutch automatic. The end result will be a 0 to 60 MPH time of less than 3.0 seconds with a top speed in excess of 205 MPH. Even though the car may get a lower top speed than the new Turbo S, and likely a worse 0 to 60 time due to the lack of an AWD setup, it will easily defeat it on the track. This will be possible thanks to the car’s lower weight, better mechanical grip and overall considerably more powerful twin-turbocharged engine.