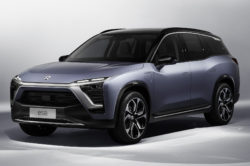 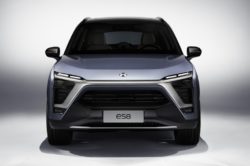 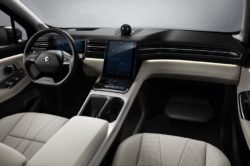 We all know electric cars are the future and it seems there are more and more manufacturers giving electric cars a chance. One of them is the Chinese EV car manufacturer NIO. Even though at this point they are still relatively unknown, they are the current record holder for the fastest production electric car in the World. As we all know, supercars can’t really allow a company to thrive so NIO will go on a different route. Not that long ago they revealed the 2018 NIO ES8, a high performance luxury crossover powered by electricity alone. The actual release date or the price of the car haven’t been revealed but the concept looks pretty much ready for production.

The car doesn’t have much in common with any other car on the road which is very impressive, especially for a car company this new. It has been built on a unibody aluminum structure which is said to be not only light but also immensely strong.

This should allow them to offer a comfortable ride without compromising the driving characteristics of the car. In terms of size the ES8 has a 2,998mm wheelbase which is pretty much the average of its class. The car is also quite tall and long but thanks to not having a gas engine, there is considerably more room inside the cabin than in most of its rivals.

The 2018 NIO ES8 has a nearly ready for production cabin. Even though the company didn’t confirm this so far, it is quite clear this is the case. The dashboard boasts a very clean design which offers a unique take on the luxury crossover look.

There is a massive portrait-mounted LCD screen on the center stack which likely acts as the car’s control center. However, unlike in some of its rivals there is also a set of shortcut buttons. The instrument cluster is fully digital while the steering wheel boasts a flat bottom giving it a sporty character. It seems that they will only offer 5 seats but 4 or 7 seats models might come at a later date.

Even though the ES8 is all new, it boasts NIO’s corporate look which is quite interesting to see. The front end boasts very slim headlights like those on the EP9 hyper-car. All the grilles feature honeycomb mesh while the angular look of its front end makes the ES8 quite aggressive in design.

On the sides the car has muscular design lines while the floating-roof effect makes it stand out from most of its rivals. The rear of the 2018 NIO ES8 is much more conventional looking but even so, it perfectly blends with the rest of its design. 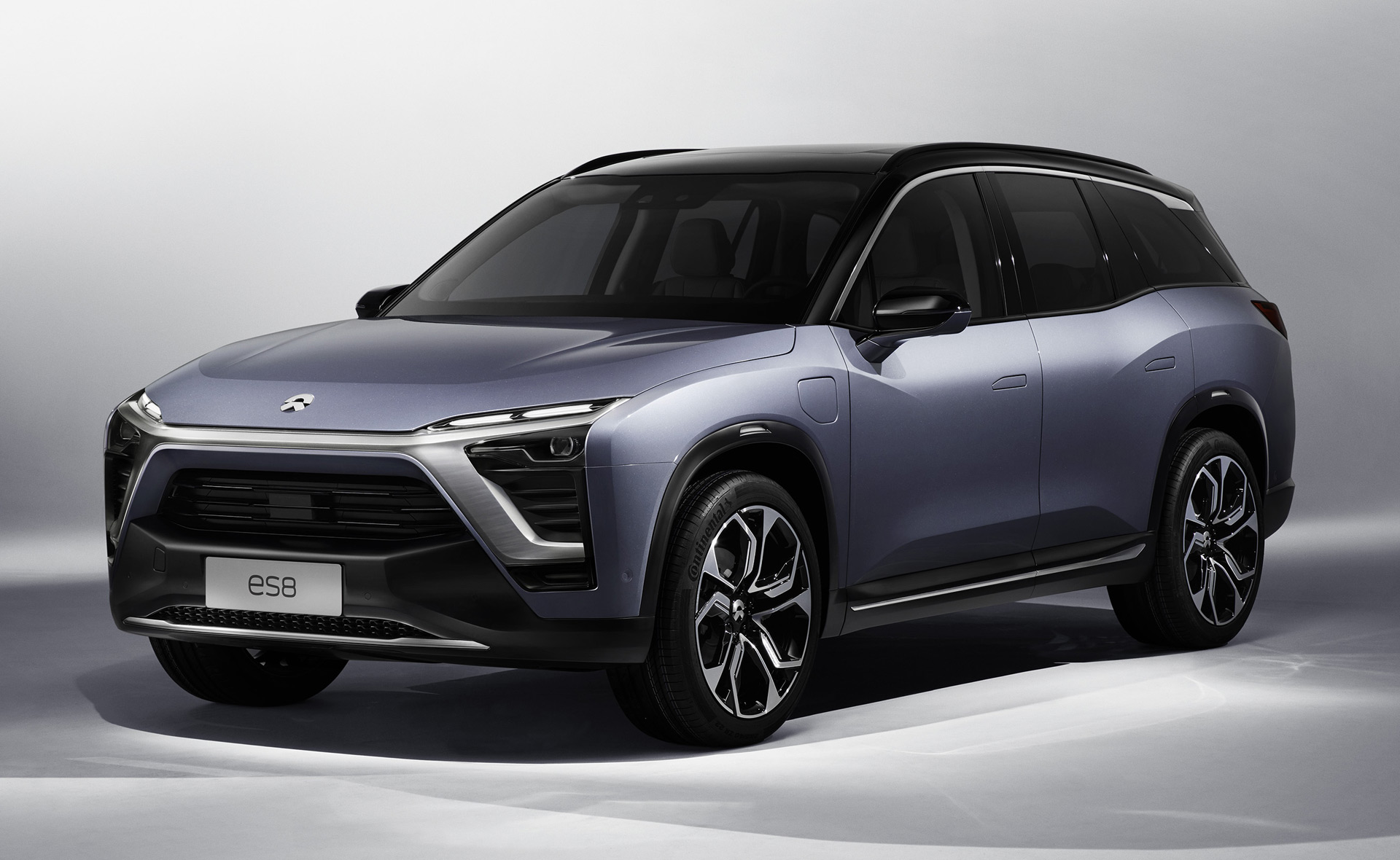 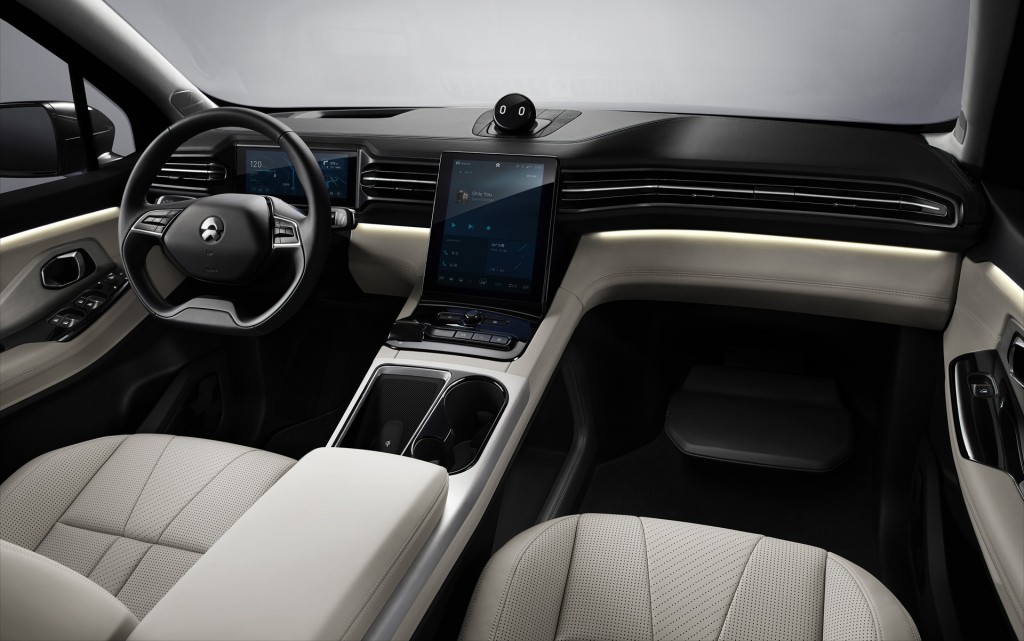 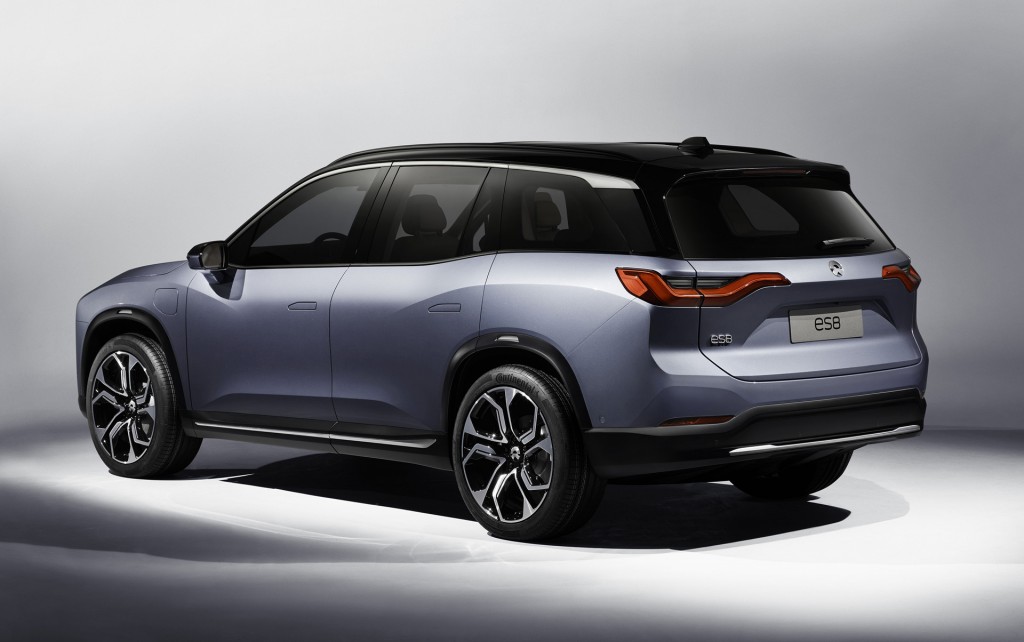 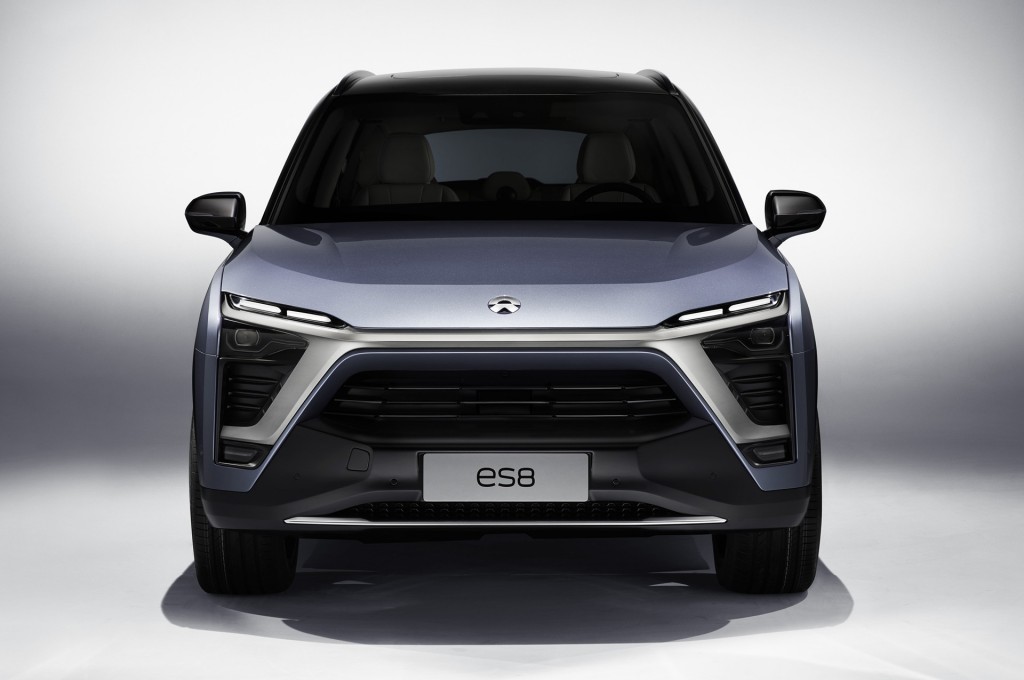 NIO confirmed this is an all electric car powered by two individual electric motors. They didn’t say much else about it but we all know NIO currently has the most powerful electric car on the road. The EP9 boasts four engines for a total output of 1,342 horsepower. We wouldn’t be surprised if the ES8 gets two of the same engines for something closer to 500 horsepower limited by the amount of batteries they can install. The car will likely get a lithium ion battery pack which should be good for over 250 miles, especially when considering their hyper-car. Fast charging is likely going to be used but the most impressive part about the battery is that it will be removable. NIO said that they are trying to offer a fully removable battery which should allow the car to drive without having to stop for 45 minutes charges every 200 miles. Instead the removable battery would allow the driver to get another 200+ miles of charge in less than 5 minutes.