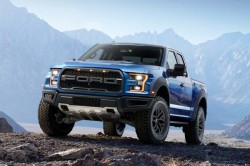 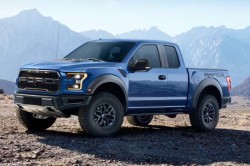 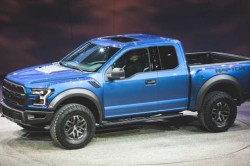 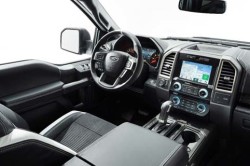 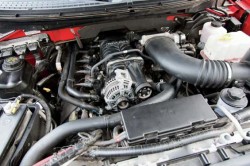 The Raptor is probably one of the best known trucks out there thanks to its great off-road capabilities and good looks. Unfortunately, the truck has been discontinued a while ago but a new model has already been showcased and it should hit the market quite soon. The 2017 Ford Raptor is based on Ford’s newest F-150 truck, so it comes with the best they have to offer in terms of technology and performance as well as a new more aggressive look.

The truck should hit the market in the next few months at a price closer to $55,000 for a base model.

While this would still be great considering what the Raptor will offer, the price will actually be nearly $10,000 more than that of the previous version and it might upset some people because of that.

The good part is that at this price point the Raptor will come with a beefed up suspension system, larger brakes, new wheels and tires and the biggest upgrade over the previous model, an entirely new engine.

Thanks to the fact the new Raptor is based on the newest F-150, it means that it boasts an all aluminum body and a new chassis made mostly out of high strength steel.

These allow the Raptor to lose more than 500 pounds over the previous model which is a great improvement considering the previous Raptor weighted nearly 6,000 pounds.

On top of that large weight loss, the truck will be more efficient as well as faster.

Design wise, the 2017 Ford Raptor looks a lot more aggressive than before but somehow Ford still managed to offer the character of the previous model while using new design traits on the truck borrowed from the new F-150.

Over the base model, the Raptor comes with a set of large skid-plates in the front and at the back to protect its core.

The front bumper is also new and made out of steel in order to withstand the abuse of being used in off-road. The bed as well as the cabin on the other hand are nearly identical to those found on the regular F-150.

Inside the cabin, the new Raptor is very similar to the usual model of the truck. The dashboard and equipment level are similar to a mid-range model of the F-150 but the seats as well as the steering wheel are unique to it.

These have been installed in order offer the driver more control over the truck and to make it a bit more comfortable in the long-run.

Under the hood, the 2017 Ford Raptor ditched the old 6.2 liter naturally aspirated V8 in the favor of an all new 3.5 liter EcoBoost V6.

While the engine may seem similar to those installed in Ford’s sedans, it is actually an entirely new unit with a new aluminum block as well as a lot of upgrades over the base 3.5 liter V6.

Thanks to that, the engine can easily make up to 450 horsepower and 450 lb-ft of torque in the base trim level and rumors suggest that a higher performance model might be offered in the future.

The Raptor is also going to be the first truck in Ford’s portfolio to use their entirely new 10 speed automatic which will drive all four wheels via lockable differentials.

Other upgrades over the base model include Fox-shocks with external reservoirs as well as new 17 inch rims wrapped in high performance off-road tires which make the Raptor a more capable off-road machine than before.